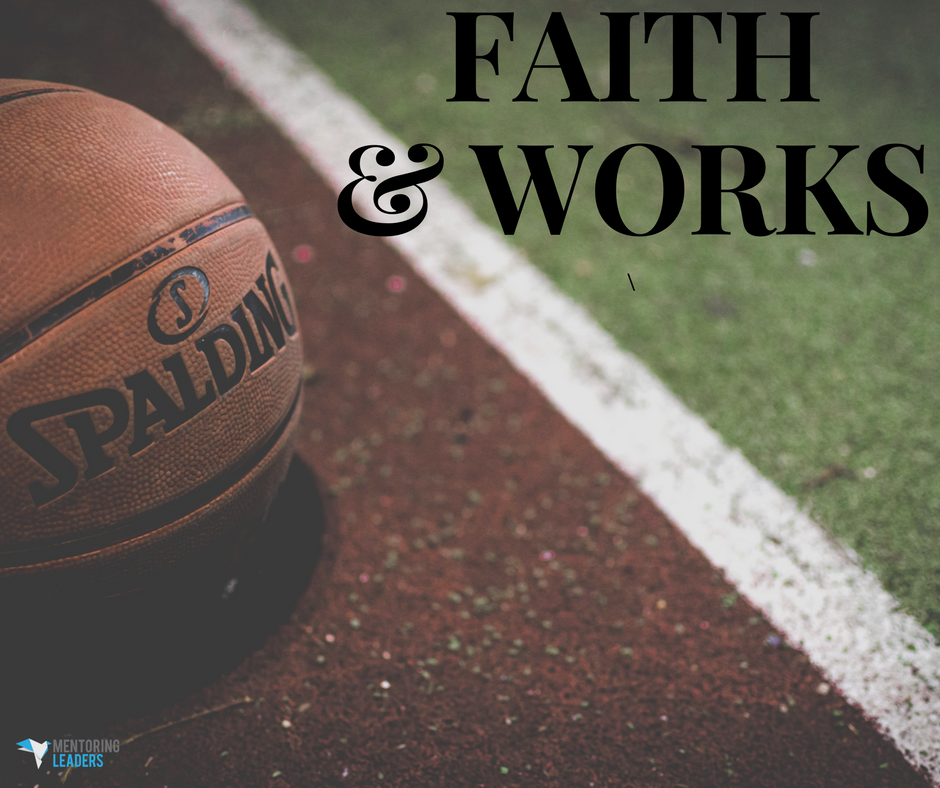 How do we get the church out of the church and into the community where God wants it to be?

“Dear brothers and sisters, what’s the use of saying you have faith if you don’t prove it by your actions? That kind of faith can’t save anyone” (James 2:14).

When I was younger, I was a sideliner. I wasn’t that good in sports. I left Hawaii during my junior high years and had to compete with people who were twice my size and a lot faster. I was pretty good at catching crayfish in Palolo stream, but when it came to playing basketball with those tall people, that was a whole different story.

I suspect there are many more sideliners than we imagine, especially in the church. Some of up appear to be in the game, but we are really just watching up close. Maybe it’s because of the fear of failure or thinking that our performance won’t match up. We’re so afraid to fail that we don’t even try. Because we do not want to do anything wrong, we do nothing at all!

You have to forget about how big or great the performance will be or not be. We have to get involved; it’s a part of having faith.

How do we get off the sidelines and into the game?

We just have to act. We can think about it, pray about it and memorize verses about it, but we have to take the initiative to act.

“For we are His workmanship, created in Christ Jesus for good works, which God prepared beforehand, that we should walk in Him” (Eph. 2:10).

The Bible is saying that God created us to do something good, but that requires initiative. I have seen those who have changed the world and who chose to live life rather than watch it go by. They all have one major characteristic in common — they did something. They got involved. They acted!

Often, God shows you a need. It is small, but there’s a need. It’s very simple. A lot of things about God do not appear to be spiritual at all. He awakens your heart by presenting a need and that’s where you start. Very simple!

“If a brother or sister is without clothing and in need of daily food, and one of you says to them, ‘Go in peace, be warmed and be filled,’ and yet you do not give them what is necessary for their body, what use is that?” (James 2:15-16).

Some of the most spiritual actions do not look very spiritual at all. They just fill a need. Faith without works is useless. You need to have the faith, but you need to have a delivery system. That’s why sometimes we’ll do big things and big crusades, but we’ll also do small things that seem simple but are every bit as eternal.

James says this is what happened to Abraham, to whom God said, “I want you to sacrifice your son, Isaac.” Abraham had no guarantee that a miracle would take place. But, being a man of obedience, he took his son Isaac to be sacrificed. He loved his son, placed his affections on him, looked at him for one last time and then he brought the knife up. He detached his heart and affection from his son and the knife came down toward his beloved son’s heart.

Just then, however, an angel stopped his hand and said, “Abraham, I don’t want your son. I just wanted your heart.”

“Was not our ancestor Abraham considered righteous for what he did when he offered his son Isaac on the altar? You see that his faith and his actions were working together, and his faith was made complete by what he did” (James 2:21-22).

God is looking for people who are obedience-oriented. You’ll never be able to be obedient to God in the long run if you’re result-oriented rather than obedience-oriented. Sometimes, His timing is not your timing and His ways are not your ways. When you expect today is not going to come until next year.

We need to allow God to take the faith that’s poured out here in church into our communities. The most important part of a service is when we leave. That will dictate whether or not we will be delivery systems for what God poured out in our services. That’s called works. Remember, faith without works is dead. God is saying, “If you will work those two together, even if it might be something very simple out there, I love hiding the extraordinary in simple wrappings. Watch what I can do.” That’s the kind of church we want to be; that’s a church you want to be a part of.