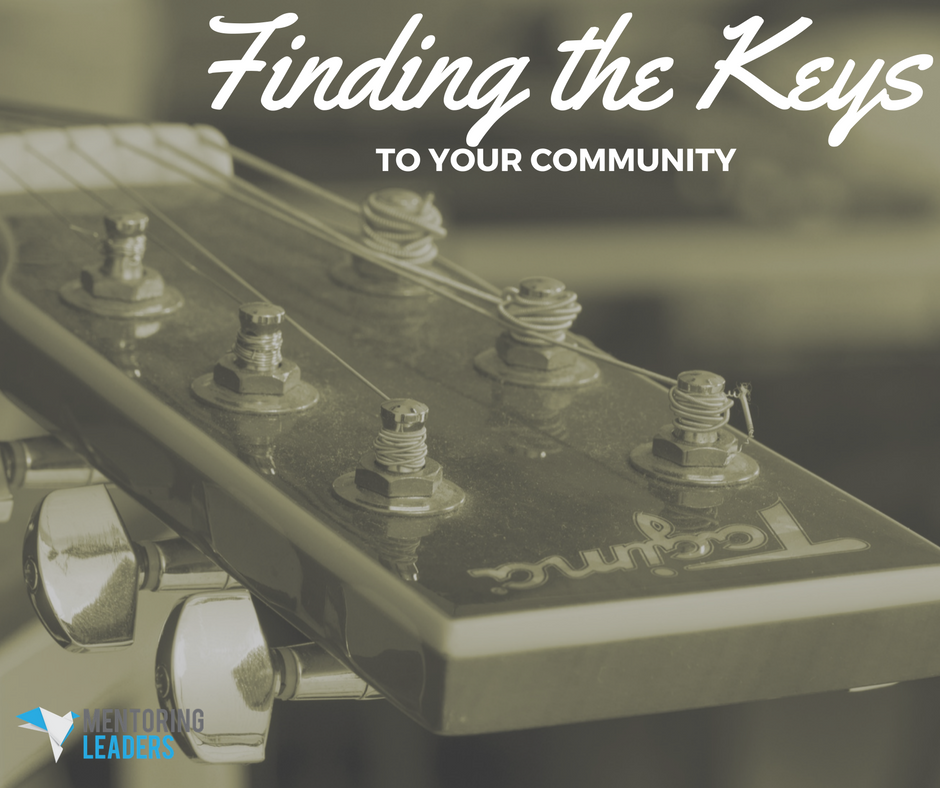 Every community has its own set of keys — keys that will open doors, keys that will unlock hearts, keys that will release what was once enclosed. If you use the keys to your community, it will save you years of rapping your knuckles on doors to no avail. It will allow access for the Gospel with other attempts fail.

Ask God for the keys to your community because every community has them.

How Do You Find the Keys?

Finding the keys to a community requires prayer, observation and experimentation. The Lord may be moving in specific ways in each culture and community. What may work in Chicago may not work in Chinatown, San Francisco. The reason a certain method is successful in Chicago is because it fits for Chicago, but it’s not necessarily transferable. Some call this “contextualization.” Others call it “culture specific,” but regardless of the name, you must still observe what Jesus is doing in each community before you launch any new methods.

Watch where people go and observe what they do. Where do people of that community gather? What excites them? God calls us to be “fishers of men,” and good fishermen always watch where the fish are swimming before they throw the line in the water.

Let me share with you four keys to our community in Hawaii. Your community’s keys may be the same, or they may vary.

Food is very important in Hawaii and has Chinese, Japanese, Portuguese, Thai, Korean and Hawaiian culinary influences. Food is deeply rooted in the culture of Hawaii and food was a centerpiece in the luaus of Old Hawaii where a whole pig was barbequed in an open pit. Food was, and still is, a major feature of the luau celebration in Hawaii.

When you put relationships and food together, then the people of Hawaii will show up. Without these two main ingredients, you can almost forget about counting on anyone to show up. Food and relationships are two critical keys to any community in Hawaii.

Redeeming the arts was another key God said to use to reach our community with the Gospel. We redeem the arts in Hawaii to unlock what is closed in people’s lives.

Laughter was another key God said to use in reaching people. Now, I am not a natural comedian and I have to work hard at developing a good sense of humor. I have learned to live close to the edge of laughter by allowing the simple things to amuse me.

Always remember, your church will become just like you. You can teach what you know, but you can only reproduce what you are. When you live close to the edge of laughter, then your people won’t take things so seriously; they will let things go a little faster. Why? Because they watched you live on the edge of laughter.

However, if you are offended quickly, are always doubting people and are skeptical, then you’re going to have a church filled with skeptics. And some of your greatest leaders will develop a skeptical nature.

It is important for you to live closer to the edge of laughter. Then you will develop not a flippant attitude, but rather, a healthy lighthearted perspective about life.