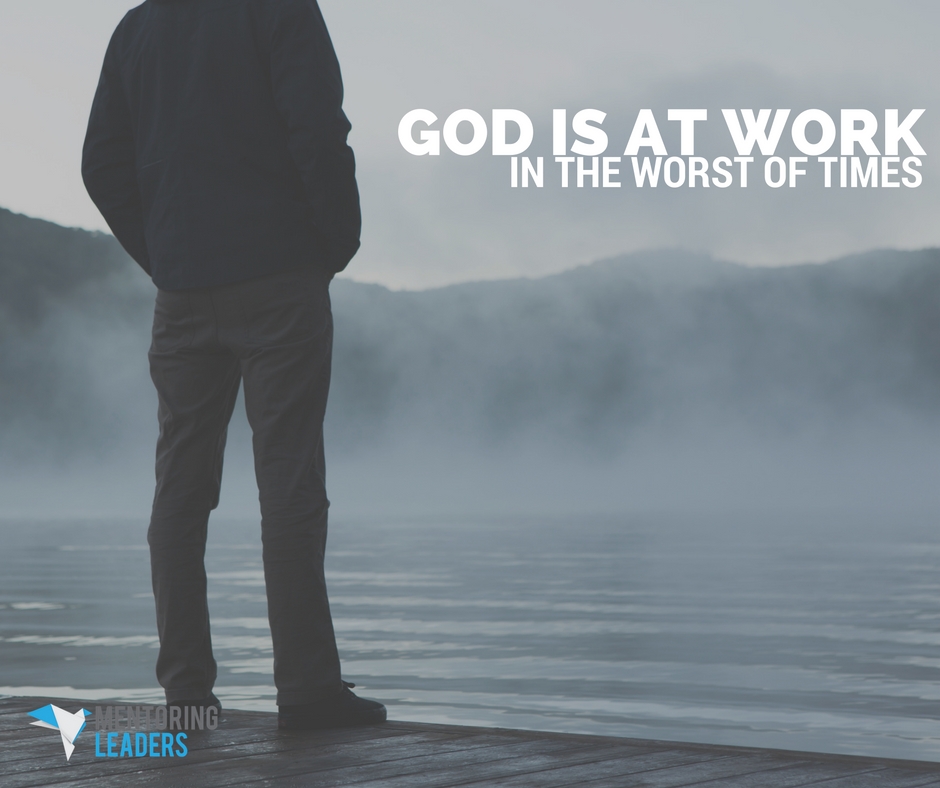 We all wonder where God is at times, especially when we have no dream or vision, or lack purpose. We wonder where God is when tragedy after tragedy strikes our faith like lightning. In tough times, we wonder if a life of integrity is really worth living. The Book of Ruth is for people of ordinary faith … people like us, who can’t imagine that God could do anything great through us.

A vital message in this small book is that God is still working in the worst of times. Even when it seems He is farthest from us or has turned against us, God is actually laying foundational stones for our greater good. We can’t see it now, but know that providence is at work. God is intimately and ever involved in our lives, even when we can’t sense His presence. In all the affairs of men, God the Almighty reigns. God is always in control, and in the end, He will reign supreme.

Neither the Old Testament nor the New Testament promises that believers will escape afflictions in life. We will have them. The afflictions of Naomi’s family could have been due to their disobedience. If that were so, then this story is especially encouraging because it shows that God can turn even His judgment into joy and our sin and sorrow into miracles. God encourages us in the Book of Ruth.

If You will Find Shelter Under His Wings, You can Trust in the Providence of God

As soon as Ruth turned and said, “God, we need You,” she was trusting in His providence. Then God’s grace poured out upon them. In fact, it poured in such abundance that when they arrived in Bethlehem, Ruth immediately began to glean in one of the fields. Gleaning refers to a law in Israel that allowed the poor to freely gather what reapers left behind.

Ruth providentially came to glean in the field that belonged to Boaz. He discovered that Ruth was a Moabitess; yet, he instructed the reapers to purposely leave some behind to increase her gleanings. Ruth trusted in God’s protection more than in any other. When God sees that we take refuge in Him, He is honored and delighted to extend the mantle of His mercy over us.

The Best is Yet to Come

The life of the godly is not always a straight line to glory, but they will eventually get there. The life of the godly is more like a crooked back road. The road has many curves along the ridge, providing spectacular distant view. However, there are narrow spots and hairpin turns that sometimes make you backtrack in order to take you forward. Yet, signs are posted at frequent intervals to lure you on.

The Book of Ruth is one of those “signs” for us to read. As we read it and hear it preached, we should be encouraged. The turns in life are sometimes numerous and perplexing. However, God says that they are not necessarily dead end streets because He is plotting for our joy even through the setbacks.

Ruth became acquainted with Boaz and discovered that he was a relative of her father-in-law. Boaz thus had a responsibility to redeem her. However, there were some obstacles — first, she was a Moabitess, and second, she had been childless. Yet, God gave Boaz a heart of favor toward Ruth.

While Boaz was asleep, she knelt beside him, uncovered his feet and lay down, as this was according to custom. When he got up and saw her, he asked, “What are you doing here?” She essentially replied, “Extend the mantle of your mercy over me.” It was actually a proposal, which was risky for a Moabitess. In God’s providence, Boaz agreed. He discovered that there was a relative closer than he in line to fulfill Ruth’s redemption, should he so choose.

Rightfully, Boaz went to this relative and asked him if he wanted Ruth. The other relative declined, and Boaz took Ruth as his wife, redeeming her. As Boaz’s wife, Ruth had taken shelter under the wings of God. She then conceived and had a son and the baby born to Ruth and Boaz became the great-grandfather of David.

Ruth’s life is such an encouragement to us today. Even in the worst of times, God still works if we take shelter under His wings.

The Book of Ruth reminds us that we don’t have a straight line to glory. Life’s journeys include triumphs and tragedies, setbacks and failures, hopes and broken dreams. Yet, God brings it all together again for good at the end, just as He ultimately put Ruth in the lineage of the Messiah.