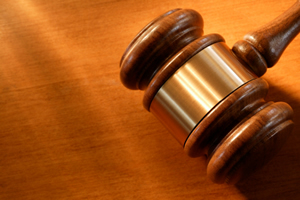 “I am convinced that you yourselves are full of goodness, filled with all knowledge, and are able to admonish one another” (Ro. 14:14).

No one likes to be disciplined. It’s painful to know that you are disapproved as incompetent. When a botched project of a failed attempt is credited to your account, it’s not an exciting moment. However, getting better at what you do is what life is made of. It’s the secret ingredient to success. It’s the fragrance in the rose. How correctable I am is the hallmark of fruitfulness in its earliest stages.

But what makes correction so difficult is not that it happens, but rather the method by which it is delivered. The means by which we have been corrected in the past conjures up nightmarish memories of pain, embarrassment, and feeling demeaned.

I remember having three cavities drilled without Novocain when I was seven years old. I lived under a Master Sergeant dad who believed an afternoon in the dentist’s office beat a trip to Disneyland any day.

But two years ago, I had a root canal done. After forty days of prayer and fasting, the abscessed tooth forced me concede. I had to either go or go mad.

The dentist I had was one of the best in the state and with today’s advanced technology, I was completely delivered from the demonic tooth without a shred of pain! I guess I liked it so much that the following year, a second failing tooth nudged me in for second visit, only this time without the 40 days.

I concluded that getting my teeth corrected is ultimately better than letting them corrode and end up with the kind you take out every night before bedtime. So it is indeed possible to make corrections without having to enter a gladiator’s contest with pain.

We are told that we’re able to “admonish one another,” so God must trust that we CAN do it!

But finding people who are “able to admonish one another” is a rare treasure. If people are not corrected or admonished, we morph into a sub-society of lesser Christians. But we are all human, and we need correction from time to time. However, nightmarish memories painfully remind us how in the past, those correcting us have taken a pound of flesh along with an ounce of sin! Just a few of these ordeals, and there’s not much left of us. So like a dog whipped one too many times, we dodge any correction that attempts to come our way. We blame, excuse, rationalize, and sometimes just flat out deny… why? Because it hurts when we are corrected!

But God reminds us of how important it is to be corrected! Otherwise we don’t improve. We don’t grow.

So where does it all start? As always, it begins with us… not when we are corrected, but when we correct others.

It’s the “Do unto others” principle. It always begins with us. How do we correct others? What do we say when we are frustrated with another’s performance? How do we fare as those who can admonish others?

So in order for us to qualify as those who can admonish one another, we must attain to these basic attributes:

1. Minimize the Pain of Correction: There will always be a measure of pain that comes as standard equipment with each confrontation. But one of the best ways to minimize that is by showing how the benefits of healing will far outweigh the discomfort. Hebrews 12:11 reveals: “All discipline for the moment seems not to be joyful, but sorrowful. Yet those who have been trained by it, afterwards it yields the peaceful fruit of righteousness.”

2. Replace Error with something of Greater Value: It is not enough to leave an empty hole after having removed the cavity. It has to be filled with gold. The ability to admonish one another will include the aptitude to reinforce a person’s value regardless of his performance. To not be able to do that communicates that a person’s identity is synonymous with his performance.

3. Scrub Your Motives: I must insure that my heart is without impure motive, free form envy, from any remnant of insecurity. I cannot ever use my position or authority to “punish.” Here’s the difference between punishment and discipline.

4. Knowledge enough to gain context: Historically, we react to mistakes before we get a fair context of the whole situation. James instructs us to ask God for wisdom, to be able to see things from His perspective rather than our own. A person’s vantage point from where he views things makes a marked difference in how he defines things. I must garner enough knowledge, enough accurate knowledge of the situation. Then we start to qualify as “able to admonish one another.”

When we are able to remove a fault and replace it with gold, we will be a sought after mentor. When we carve out a person’s fault and take with it a pound of skin, we will be avoided at all costs!

Take the time to correct well and we will leave in our wakes a battalion of emerging leaders who have been freed from many character flaws by one who was able to admonish.

This is how leaders become gold … by those who know how to admonish one another.