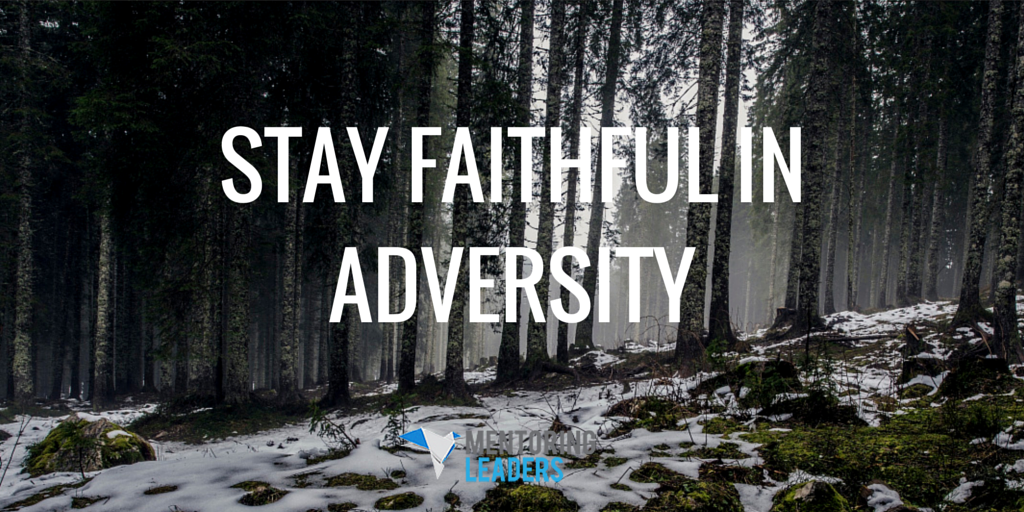 The story of Joseph teaches us to stay faithful in adversity. In the midst of his Egyptian test, after his pride had been cut down to size, he remained faithful to whatever God gave him to do. He became a faithful slave in Potiphar’s house. Even when he was tempted and coerced, he remained faithful. He was then falsely accused and thrown into prison: even there he stayed faithful. He became so excellent in character that the warden handed all of the responsibilities of the jail over to him. “The Lord was with Joseph and extended kindness to him, and gave him favor in the sight of the chief jailer.” (Genesis 39:21)

So the chief jailer made Joseph the top dog in the pound, so to speak.

Why did Joseph excel even in the midst of this adversity? Was it his dream to become the prison warden? Did he say, “My destiny is to be the warden of this jail, so I’m going to manipulate things to work my way up”? That sentence isn’t in my Bible.

God prospered Joseph because of his faithfulness while he was “out of season.” He was not in the prime season of his life; he was in the preparatory season. His ultimate dream, his destiny was yet to be realized.

Nothing misses the Father’s eye. He can see your faithfulness during your own process of fulfilling the dream He has placed in your heart: your own preparatory season of life. 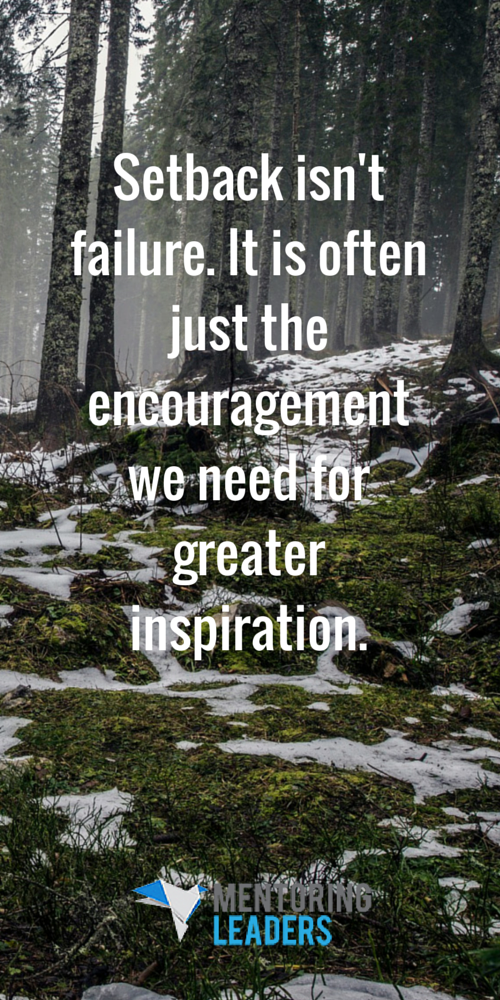 Joseph learned everything he needed to learn at the anvil of adversity in order to become the second most powerful man on the earth. He didn’t enroll in a Pharaoh School nor did he attend Egypt Tech. Instead, he went to Adversity University where he remained faithful, in spite of everything. He didn’t cast off the adversity, and say, “I’m a failure. Adversity hit me: I’m never going to be used by God.”

Adversity is not a dead end; it’s a classroom; it’s a beginning; it’s a long highway, not a cul-de-sac. Everything you learn in order to become the man or woman God wants you to be will be learned in the classroom of adversity.

As you read through the story of Joseph not once will you read that he thought himself a failure because he faced adversity. If you read through the life of the Apostle Paul, the man who wrote half of the New Testament, you’ll see constant adversity as he lived out his dream of reaching the Gentiles with the Gospel. He was subjected to beatings and imprisonments, betrayal from fellow Christians, adversity so great that most of us would throw our hands up in the air and quit. We’d believe that either we were failures, or God was a failure. Paul never thought of himself as a failure because he went through adversity and neither did Joseph. Why? Because failure is only what you define as such.

Setback isn’t failure. It is often just the encouragement we need for greater inspiration.

Perhaps you are working at a job right now which you’re saying, “This is a dead-end job. It’s worse than a McJob!” (Side note: McDonald’s recently wanted to sue Webster’s Dictionary because they put in a new word, “McJob” defined as, “A dead-end job with low pay.” Webster’s will not remove it because that is the nuance of our day).

You’re reading this now and you may be in a “McJob.” You think, this is not what I am destined to be.
Please, please, listen. Be faithful where you are.

It is absolutely essential for you not to miss this lesson from Joseph. God scrubbed his heart through the years of his own McJob. When you’re faithful in a place you’re not destined to stay, you’ll do excellently when it’s time to fulfill the dream God has for you.

Have you ever said something like, “This is not the job that I really want to end up in. I’m doing this for a paycheck, that’s all. When it’s five o’clock I’m out of here!”

It’s okay not to be satisfied with a job that is not your dream job. It’s not a sin to want better pay or something more challenging that uses your gifts in a more fulfilling way. Just be careful to watch your heart while you’re in the midst of it. You don’t want to hear the Lord saying to you, “You’ve got a wrong heart. You’re going to have to stay there. Until you learn to be faithful with little, I won’t allow you to be faithful with much.”

Joseph stayed faithful with little, in the midst of years of adversity. It was his individual God-ordained classroom. Can you keep a good heart in whatever God hands to you, even if it’s not your final destiny? Can you be faithful in a place that others may view as a failure?

If you’ve already defined where you’re at today as failure, it is a failure. Your heart must be faithful even in the classroom of adversity. If you can say in your heart, “This is what God has ordained for me in this season of my life. I will fight through adversity and receive all that God has for me,” then your God-given dream, whatever that may be, is closer than you think.
Tell us what you think!