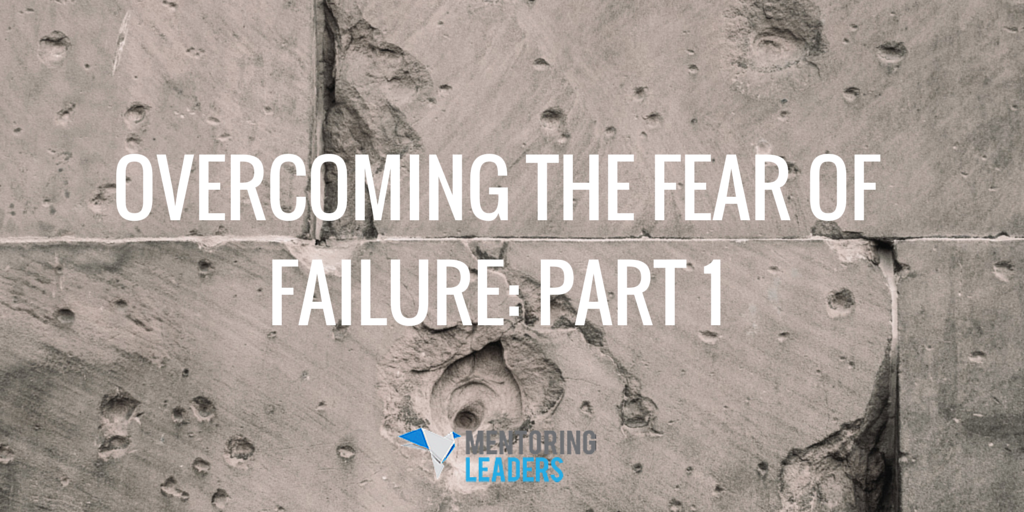 This message transcript records a message by Wayne Cordeiro. For more New Hope sermon transcriptions download them from the online store.

Failure … It is something we fear, yet we have all experienced. It is part of the human experience to take risks at times and risk implies failure. Whenever we dare to do new things, like starting a new job or falling in love or creating a new product, we risk failure. It is implicit in living and striving for success. In fact, the only way to avoid failure is to never try, and that is no way to live at all.

There is a humorous poem that goes like this:

There once lived a man who never risked.

Then one day when he passed away,

His insurance was denied.

They said since this guy never really lived,

Then he never really died.

All of us experience failure, and everybody experiences the fear of failure. But if you give into this fear, you will never become what God meant you to be. You will have a lot of dreams and good intentions, but you will always live a life of “could have, should have, and would have.”

There is a story of one guy who came to America to learn English. He was very afraid of failing. He thought, “If I fail, these Americans will make fun of me.” He said to his English teacher, “I need to order food, so make sure that you teach me something I can use.”

The teacher said, “Say hamburger, French fries, and coke. You can get that anywhere. Go ahead, try it.”

“Hamburger, French fries, and coke.” He practiced until he got it down. He said, “Are you sure I won’t fail if I say those things?”

Sure enough, he went into a restaurant and the waitress asked, “What would you like?”

She brought out the order.

“Wow,” he said to himself, “this is cool.” He went back to the restaurant later on and said, “Hamburger, French fries, and coke.”

They brought out the order. No failure rate. “This is great.”

“All right, I tell you what. For breakfast order eggs, toast, and juice.”

So he practiced. “Eggs, toast, juice.”

He went back to the restaurant. When the waitress came and asked him what he would like, he said, “Eggs, toast, juice.”

She asked, “How would you want your eggs? Over medium, over easy, scrambled, boiled, or poached? How about your toast? Do you want white, brown, wheat, rye, an English muffin, or a bagel? What about your juice? Do you want orange, tomato, grapefruit, guava, or passion fruit?”

He looked up at her and said, “Hamburger, French fries, and coke.”

YOU WILL REALLY NEVER PLEASE GOD BY PLAYING IT SAFE.

The fear of failure is really nothing new. In fact, Jesus told a story about it in Matthew 25. A master comes along, and he gives one man five talents. He gives another man two talents, and to a third man he gives one talent. Before the master leaves for a long journey, he says, “By the way, invest your money. Do something with it, will you?”

When the master returns, he meets with the man who was given five talents. This man says, “Master, you know the five talents you gave me? I invested it and gained five more.”

In Matthew 25:21, the master responds, “Well done, good and faithful slave; you were faithful with a few things, I will put you in charge of many things, enter into the joy of your master.”

Now the one with the two talents came to the master and said, “Lord, you gave me two talents. Look, I have gained two more. I did something with it.”

The master says, “Well done, good and faithful slave; you were faithful with a few things, I will put you in charge of many things; enter into the joy of your master” (Matthew 25:23 NASB ).

Lastly, the master meets with the man who was given just one talent. Now, this guy was so afraid of failure that he buried his one talent in the ground. When the master came, he dug it up and said, “Master, do you remember that one talent you gave me? Here it is.”

Do you know how the master responded? “But his master answered and said to him, ‘You wicked, lazy slave’” (Matthew 25:26 NASB ).

Do you think that was too harsh of a reaction? You bet it is. But do you know what that says? That’s exactly what God thinks of us when we play it safe. When we are so afraid of failure, we don’t risk, we don’t venture. Nothing ventured, nothing gained. The Bible says you cannot please God by playing it safe. You will never please God by doing that because your life will end up a barren wasteland.

This reminds me of the story of a tourist who went to upper state New York . There he saw an old dilapidated shack with an old man. He was an old farmer with an old hat crumpled up on his head and a scraggly beard on his face. He was sucking on an old piece of wheat and rocking in an old rocking chair. Behind this shack were 50 or 75 acres of barren wasteland with tumbleweeds tumbling in the dust.

The tourist said, “Excuse me, sir. Is that your land?”

The tourist said, “What are you going to do with it? Do you guys grow stuff up here? I mean, like cotton?”

The old man said, “No, I’m not growing cotton this year.”

“How come you’re not going to grow cotton this year?”

The old man said, “The boll weevils might come, and I’m afraid they might eat my cotton. So I’m not going to plant any cotton. I could plant something else. I could plant corn.”

“I’m afraid the locusts might come and eat the corn.”

“Well,” the tourist said, “is there anything else you can do with it?”

“I could raise cattle.”

“That’s a great idea, sir. So you’re going to raise cattle on this land?”

“I’m afraid the price of beef might go down.”

The tourist said, “Well, what are you going to do with the land this year?”

“Yep. Nothing. My plan is just to play it safe and do nothing. Play it safe.”

Do you know something? A lot of us do exactly that. We play everything so safe that our lives can become a barren wasteland that could have had so much potential. God says through the parable in Matthew 25 that you can’t please God by playing it safe.

How to Overcome the Fear of Failure.

1. Remember that everybody fails.

Failure is no big deal. It’s universal. One recent study said that the failure rate of human beings is one hundred percent. If we had a club for failures, we would all qualify. A man named Jack Gilbert seemed to know a bit about failure. This quote is from an article titled Failures of the World Rejoice : “Your day is coming. If at first you don’t succeed, try, try again. And if you still don’t succeed, call Jack Gilbert and tell him that you want to join the celebration.”

Jack Gilbert is a businessman and a writer, and he is proclaiming August 15 as National Failure’s Day. It is meant to honor all persons who have experienced failure in the pursuit of a noble dream, an unconventional idea, or a far-reaching goal. Focusing attention on famous flops, National Failure’s Day could encourage people to continue with renewed determination to pursue their hopes, dreams, and aspirations.

Everybody fails. It is a natural part of life. “We all stumble in many ways” (James 3:2 NASB ).

FAILURE IS UNIVERSAL. IT IS NO BIG DEAL.

If you are a superstar in baseball, do you know what that means? You either don’t make it to base or you strike out 700 out of every 1000 times you get up to bat. Only 300 hits out of 1000 makes you a baseball star. A batting average of .300 is awfully good.

If you are an NBA superstar, you will miss half your shots.

We all fail. It is no big thing. In fact, you learn most about life through failure.

The above article is part one of a series from the Mentoring Leaders storehouse. Stay tuned for three steps to overcoming failure.