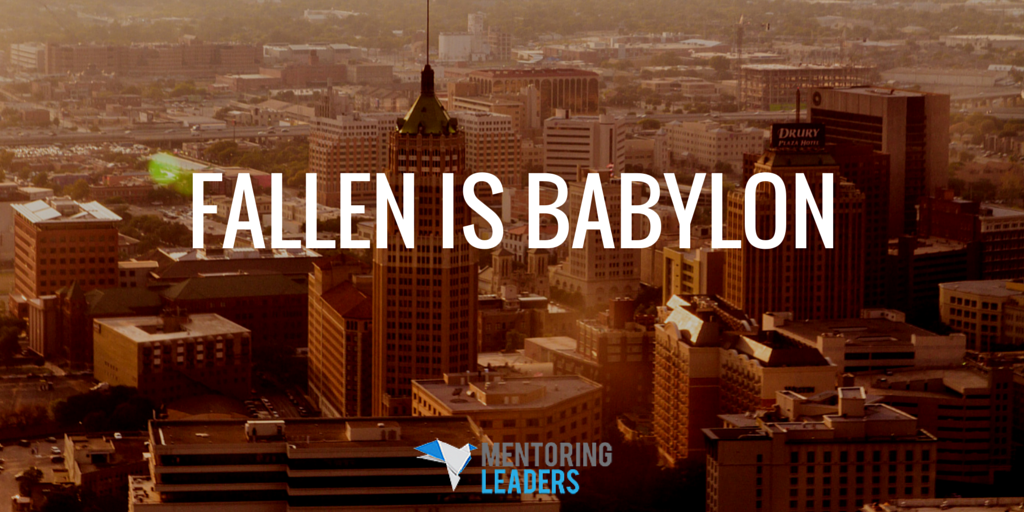 Babylon was probably the first of the great cities in the ancient world. It was an economic, political, scientific, and cultural center. Think of it as the ancient equivalent of New York, Singapore, or London.

Babylon was impressive in human standards, but we find in Revelation 18 that God was not impressed. The entire chapter – entitled The Fall of Babylon – is a condemnation of this once-magnificent culture.

It culminates with verse 21: “Then a mighty angel took up a stone like a great millstone and threw it into the sea, saying, ‘So will Babylon the great city be thrown down with violence, and will be found no more.’”

Why did Babylon fall? There’s so much to say, but I want to focus on just one phrase: As she gloried herself… (Revelation 18:7)

The fatal flaw of Babylon was the flaw of self-glory. It’s a warning that rings true for every culture, past, present, and future: when man is at the center of the culture of man, that culture will always become a culture gone bad.

Before we look at why Babylon fell, we need to understand the important role human beings play in God’s economy. We weren’t created to simply be inhabitants or residents; we were ordained as God’s resident managers.

At least two places in Scripture make this clear:

God placed humans on the earth to subdue and shape the things He created. We have a position of management and stewardship, resulting in culture. Human beings, made in the image of God, interact with God’s world, and culture is what comes out.

You shouldn’t run away the opportunity to shape your culture. You should try to get your hands on as many things as you can and find success in them. God has given you the earth to subdue. 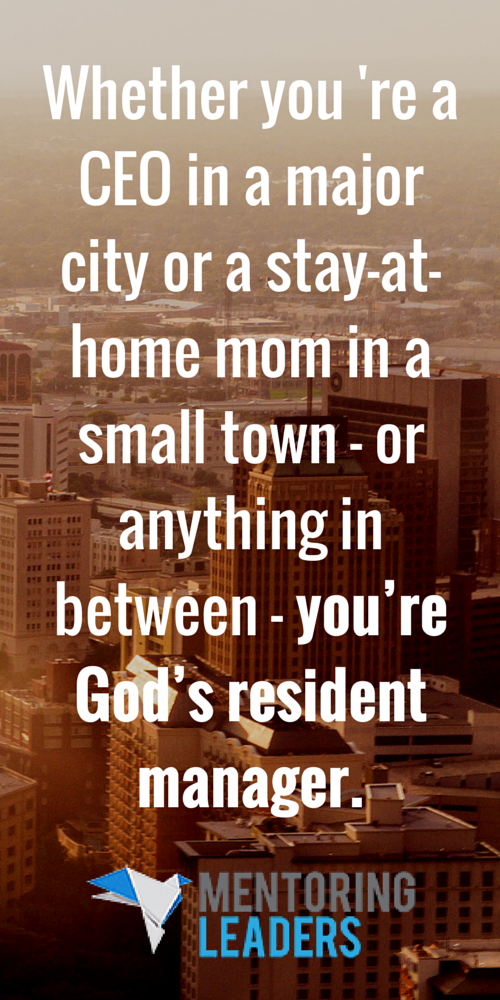 Some people would say that Babylon’s sin was that it pursued glory; I don’t think that’s accurate. I think Christians can pursue gain, achievement, and recognition – all glorious things – for the glory of the Creator.

Babylon’s mistake was that it pursued all of those things for itself, not for God. They pursued wealth and splendor and recognition for their own sake, and when those things didn’t satisfy, they kept chasing after darker pleasures, which ultimately led to their downfall.

Babylon chose the latter, but don’t be too hard on them. You and I are more like them than unlike them. It’s so easy to be tricked and addicted to things that will never satisfy.

You climb the corporate ladder to get that better job; you lease a fancier car; you buy a bigger house in a better neighborhood; you book a more exotic location than last year; you keep updating your wardrobe with the newest fashion trends.

None of these things are evil in and of themselves. It’s possible to honor God as you manage your corporation, wear a nice suit to work, drive a comfortable car, live next to wealthy people, and win prestigious awards. The question is – what, or who, are you pursuing?

Meanwhile, God invites you to create culture for His glory. He places you in the workplace and in your community to create a culture that worships His name. Whether you work as a CEO in a major city or are a stay-at-home mom in a small town – or anything in between – you’re God’s resident manager.

Do you want to be part of what He’s doing? There’s nothing more satisfying for the soul! But you need to start by admitting that like Babylon, you’ve got glory wrong.

God will never reject you for confessing to self-glory; He rejected the Son once
so you can be accepted forever. And then He gives you fresh grace every morning to pursue His glory once again.

This guest post is from Paul David Tripp, and appears with the author’s permission. It first appeared at the start of this year at www.paultripp.com.