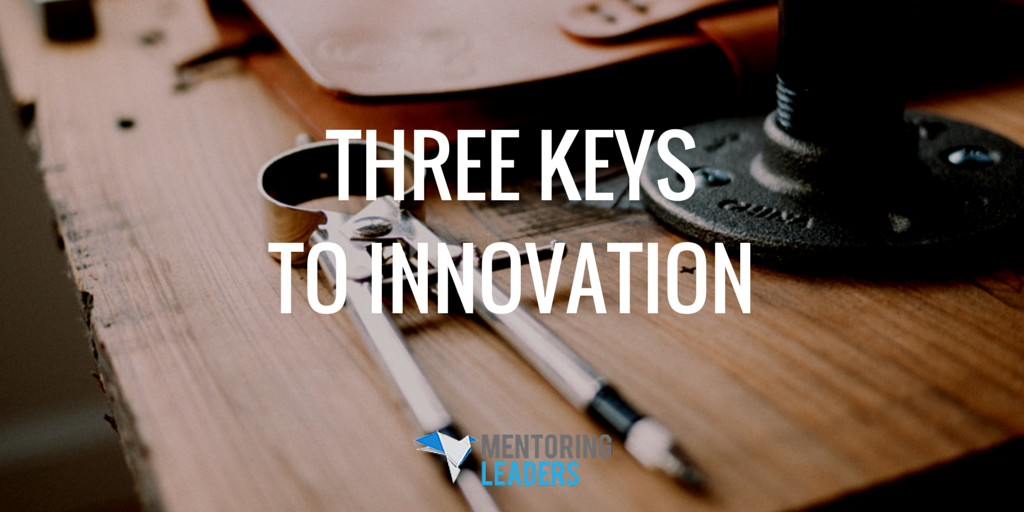 It seems that every leader and organization wants to be innovative.
But innovation in ministry is often misunderstood.

Innovation takes more than a great idea and openness to change. It also needs adaptability, honest feedback, and a willingness to admit defeat. These are the three keys to serial innovation that most people who want to innovate never think about.

I find that innovation is a lot like an old Polaroid picture. It starts out fuzzy and becomes clearer over time. What appeared at first glance to be a telephone pole, sometimes ended up being a picture of a skinny person.

When it comes to innovation, few things end up as they were originally envisioned. Whether it’s in business, technology, finances, or ministry, hardly anything new ends up working out exactly as those who dreamed it up thought it would be.

That’s why genuine innovation requires adaptability. We can’t force our template onto reality. The real world often refuses to respond in the ways that we’d like it to or expect it to. Adaptability and the ready willingness to make mid-course corrections are essential when it comes to innovation. Those who stubbornly stick to a course that isn’t working waste time, money, and energy; and worse, they squander their leadership credibility.

As we’ve seen, just because something is new or has never been done before doesn’t make it an innovation. The better mousetrap that nobody buys may be an invention – but it’s not an innovation.

That’s where honest feedback comes in. It’s crucial to continually step back and ask if our new idea or program is really working and accomplishing what we set out to do. Otherwise, we’ll end up with lots of new ideas, initiatives, and programs, but in actuality, be making little progress in the fulfillment of our mission.

At North Coast Church, we try a lot of things to reach people for Jesus and make disciples. But at the end of the day, we have to ask, “Is this really working? Are more people coming to our church, or are more people actually coming to Jesus and growing as disciples?”

A new program or initiative that increases attendance without fulfilling our mission is a failure, not a success – no matter how much attendance jumps. But without ruthless evaluation and honest feedback, we’d never see it as such. In fact, we’d probably see it as a rousing success.

Frankly, it takes courage to cut a program that appears to be successful but isn’t doing anything to advance the cause. But it must be done. If something is not actually meeting its predetermined goals, it needs to be cast aside.

A third hallmark of a truly innovative organization is that it knows when to cut its losses. It doesn’t throw good money or good energy after bad.

Unfortunately, admitting defeat is hard to do. So rather than cutting our losses when a great idea proves to be not-so-great when released into the wild, we pour more money into it or redouble our efforts in an attempt to keep a glaring failure alive.

You’ve heard the old saying, “the definition of insanity is doing the same thing over and over again and expecting different results.” It’s true. When it comes to innovation, if something is not working, doing more of it won’t produce success. It will simply produce more failure.

At the end of the day, innovative organizations know what they’re aiming at. When their results are close, but not quite spot-on, they make changes. They quickly adapt, making the needed midcourse corrections to put them back on target.

In addition, they seek honest feedback. They aren’t afraid of the truth. They search it out. And then they respond in light of it.

And when the truth is that great idea wasn’t so great after all, they admit defeat. They don’t put dead and dying programs on life-support. They give them a nice Christian burial and move on to the next thing.

This guest post by Pastor Larry Osborne was originally posted on his website, and appears here with the author’s permission.