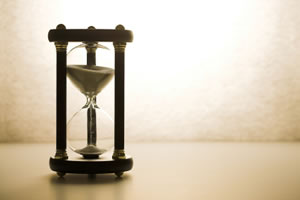 Recently a church planter asked me for advice on balancing his schedule to incorporate family and ministry as he starts his pastoral journey. There were several disciplines I added into my life that I still follow after 30+ years in ministry.

When I was a young father, I knew that the best discipline for me was to keep my heart in the Word of God. My devotions were fairly regular. To discipline myself into this habit I would set three alarm clocks in different areas of the house. This forced me to get out of my bed, walk to the clocks and turn off the clanging alarms. Times were tough financially as well as being thin in discretionary time (I took 21 credit hours per term to finish my Bible college in 3 years instead of 4), plus I was a YFC staff person who had to raise my whole salary. It kept my busy.

There were certain things I had to prune out of my life that would steal time. The first was television. People would ask me what football team I was rooting for in the Superbowl, and I would reply, “What’s a Superbowl?” The others were movies and certain games. I had to redeem the time! It was a great discipline for me that still holds fruit until this day.

On Monday mornings I would take my kids to breakfast once at week at McDonald’s and then drop them off at school. That was my routine morning with them. Once they were at school, I would go to a coffee shop and do my daily devotions. I did this for many years. In fact, when my son Aaron was in high school, I would meet him for devotions at a coffee shop. My children were taught how to do devotions while they were in junior high.

Sometimes I would do my devotions in my car in the driveway while Anna got the kids up in the morning. These were creative things that had to be done to redeem time!

Keep your devotions high on your list. If you are veering off, the Spirit will let you know in advance of a crash. But if you are not in His Word, you can be going off and you won’t know it until you hear the splat.

At an early age, I would also include my children on things I did and places I would travel for ministry. Aaron has been to Japan, Myanmar, Australia, Green, Israel and various places in the USA. So have my daughters. And today, although my youngest is still in college, my other two children are in full time ministry.

I would also take Anna out for dinner once a week… someplace within my budget, nothing fancy or expensive, but quaint and quiet. We still do that today! We would arrange a babysitter for a few hours and that once a week time was truly a marriage saver. I’d also talk a lot with Anna. You need to do the same with your wife. She needs to communicate with you.

During the busy seasons of ministry, such as Christmas or Easter, we sometimes had a challenge finding time to get together. I would call her often and over-communicate with her. Our spouse knows we are busy in ministry; they just don’t like it when they don’t feel that they’re a part of ministry and you are not a part of hers. Let your wife know that after this season, you and she will spend time together. Make a reservation at a nice restaurant or spend the time enjoying each other’s company. These disciplines saved me years of heartache and helped me live for the things that really count.