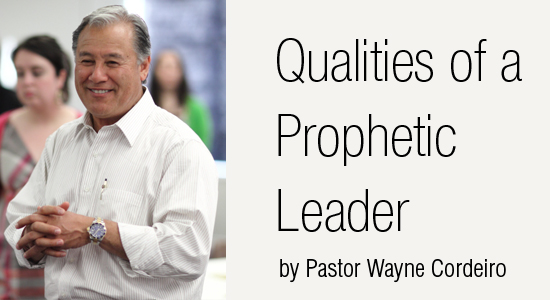 Daniel’s story begins with a deportation to Babylon in 587 B.C. Extracted from the city of Jerusalem were the most prominent and promising Jews. This was all part of the plan by the foreign army to destroy Jewish uniqueness and dilute their separateness.

The Babylonians first removed the brightest and the best from Jerusalem and from her halls of government. Then they were given new names or new identities in Babylon. The obvious gap remaining in the Jewish city’s government would then be filled with imported Babylonians.

Nebuchadnezzar then ransacked Jerusalem and looted the temple of its golden goblets and added them to his personal treasury. They remained there until his death. It was then that his wicked son, Belshazzar, inherited the dedicated temple treasures.

One night, Belshazzar decided to show his superiority over the God of the Jews. In his desire to prove his pre-eminence, the king commanded his servants: “Get me the golden goblets, the spoils from my father’s plunder. Let’s use them to toast our gods!” With his nobles, his wives and his concubines, they praised the gods of gold, silver, bronze, iron, wood and stone.

In the midst of their revelry, a collective gasp echoed the room as a bony finger scratched a message on the wall before the trembling onlookers and then vanished.

The stunned witnessed froze; even proud Belshazzar was aghast with fear. Who could interpret this sign?

The king’s magicians and conjurers tried, but to no avail. Even his most prestigious counselors remained baffled until the queen entered the room.

“There is a man in your kingdom in whom is a spirit of the holy gods; and in the days of your father, illumination, insight and wisdom like the wisdom of the gods were found in him. And King Nebuchadnezzar, your father, your father the king, appointed him chief of the magicians, conjurers, Chaldeans and diviners. This was because an [1] extraordinary spirit, [2] knowledge and insight, [3] interpretation of dreams, [4] explanation of enigmas and [5] solving of difficult problems were found in this Daniel, whom the king named Belteshazzar. Let Daniel now be summoned and he will declare the interpretation” (Dan. 5:11-12).

Five qualities were so obvious to the queen that she listed them without hesitation.

What made Daniel so valuable? The queen gives us a hint to his prominence. We would do well to learn, nurture and cultivate five qualities that Daniel possessed. Let’s take a look at each of these five qualities of a prophetic leader.